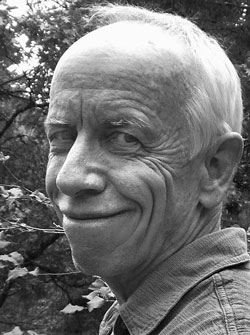 John Wimberley was born during July 1945 in Bermuda. His photographs have appeared in nearly 100 exhibitions, multiple international publications, and are found in hundreds of public and private collections around the world. In 2010, Wimberley received the Oliver Award from the American Rock Art Research Association for his book of American Indian petroglyphs titled Evidence of Magic. During 2011, Wimberley was one of eight photographers invited to participate in the first exhibition of American landscape photography in Russia.