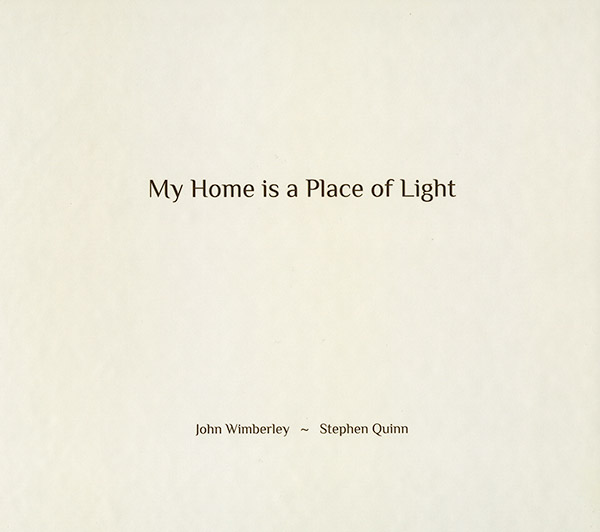 The photographs in this book present some of the surviving rock art within the Owens Valley region of eastern California. They explore its context within and relationship to an exceptionally beautiful landscape. Most images were made from within a single long-term occupation/rock art site, as part of an ongoing project to explore what the people who lived there long ago saw around their homes. The 50 color photographs are accompanied by 29 evocative poems, composed in response to the images, by writer Stephen Quinn.

Published in a single limited-edition of 100 copies, signed and numbered by John Wimberley and Stephen Quinn.

$200 USD delivered within USA, $215 USD to Canada, $230 USD to other countries.
All prices include packing and postage. 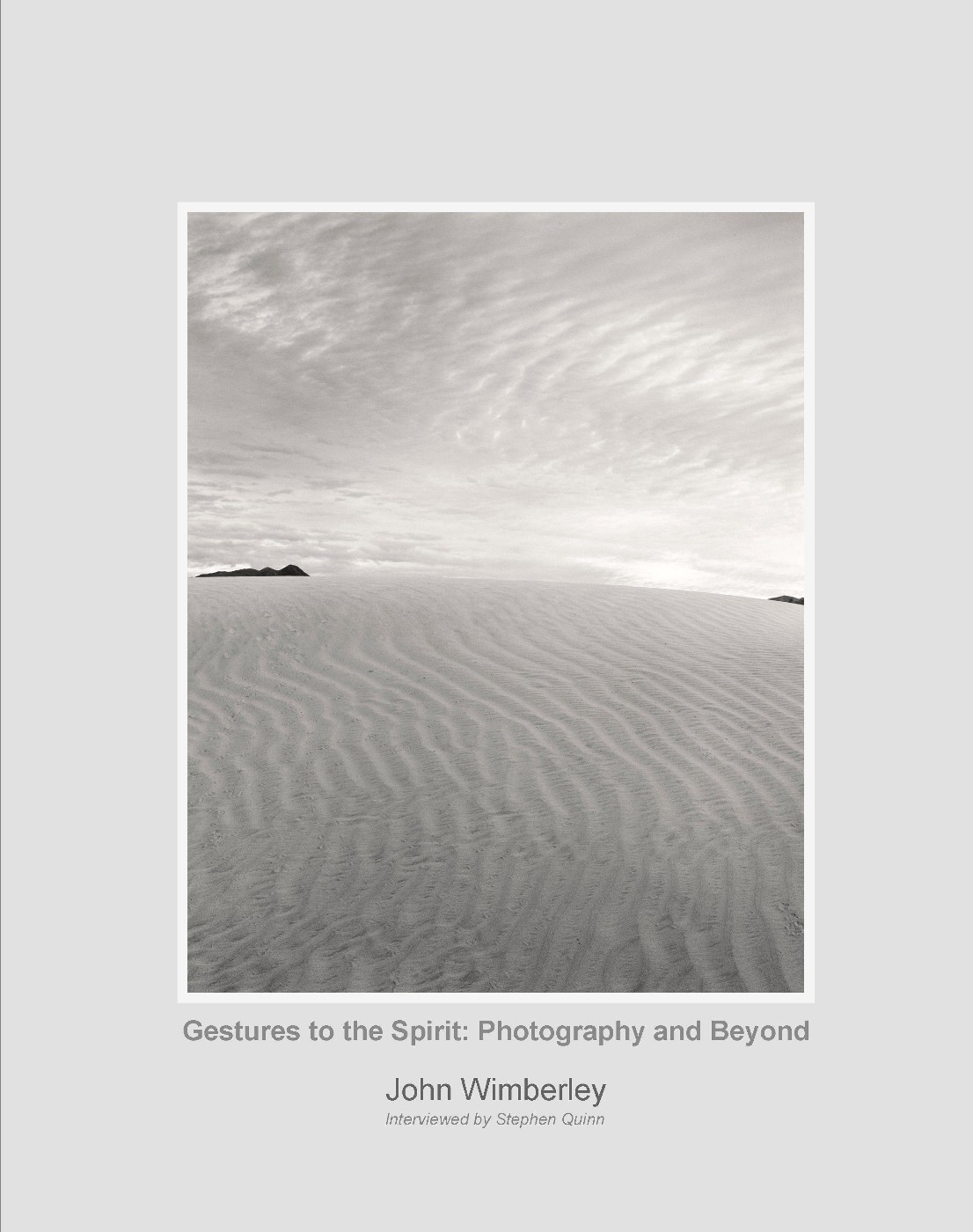 Only a relatively few photographic artists have dared to inquire deeply into the cognitive, psychological and spiritual aspects of making pictures. The published writings of photographers such as Alfred Stieglitz, Edward Weston and Minor White offered valuable insights, but little regarding how to actually put them into practice. Now for decades those voices have been silent. Gestures to the Spirit: Photography and Beyond updates and expands upon that body of knowledge and raises it to a new level of comprehension and coherence. Included are the concepts and techniques taught in John Wimberley's Sight & Insight workshops and much more. A few of the topics explored include the limiting effects of egotism, how to use the eyes, and how to recognize signals regarding what, when and how to photograph.

As a solitary artist who never sought the company or approval of his peers, John Wimberley has photographed for fifty years with minimal influence from other people's ideas or work. That gave him the freedom to photograph with fewer preconceptions regarding the inner potentials latent within the process of making pictures. Thus he was enabled to find his own way and to reach his own conclusions.

The result is Gestures to the Spirit: Photography and Beyond, in which he shares the results of that half-century of investigation and experience. Eighteen months in the making, Gestures to the Spirit: Photography and Beyond consists of an extended interview conducted by writer Stephen Quinn. In six sections containing more than forty brilliant, probing groups of questions, John Wimberley's candid responses reveal the experiences, lessons and techniques that shaped his approach to photography. Chapter titles include:

Interviewer's Introduction
Preface
I    Talent and Discipline in the Pursuit of Art
II   The Artist and the Subject: An Intimate Relationship
III  Making Art: On the Far Side of Complexity
IV   The Artist and the Audience: Giving and Receiving the Gift of Art
V    Mastery and Continuity: Art as Culture
VI   Art and Craftsmanship in Photography & Beyond
Interviewer's Afterword

Designed by John Wimberley, Gestures to the Spirit: Photography and Beyond is beautifully printed on Proline Pearl semi-gloss 140# paper and features reproductions that are nearly indistinguishable from his original gelatin/silver prints. This one-time Artist's Edition is limited to one hundred signed and numbered copies. It is appropriate for anyone, photographer or not, with an interest in the creative process.

A book saying what you have said is long overdue - your comments on soft eyes and flirts and right relationship are all absolute gems and I immediately regretted that I had never heard these ideas expressed as succinctly before... Beautifully done John.

The newly redesigned monograph of John Wimberley's work from 1970 - 1988 is now printed on premium paper with all new image files. A Metaphysic of Light contains 70 superb, large format reproductions which rival the quality of his original gelatin/silver prints. Publication is limited to a single edition of 750 numbered and autographed copies. Hardcover with dust jacket, 13" X 11", 80 pages. Design by John Wimberley.

"A metaphysic of Light is an exquisite piece of art. What a masterful tribute to everything, visible and invisible! I am grateful to you for compiling and sharing your extraordinary vision."

"Every page is a prayer." 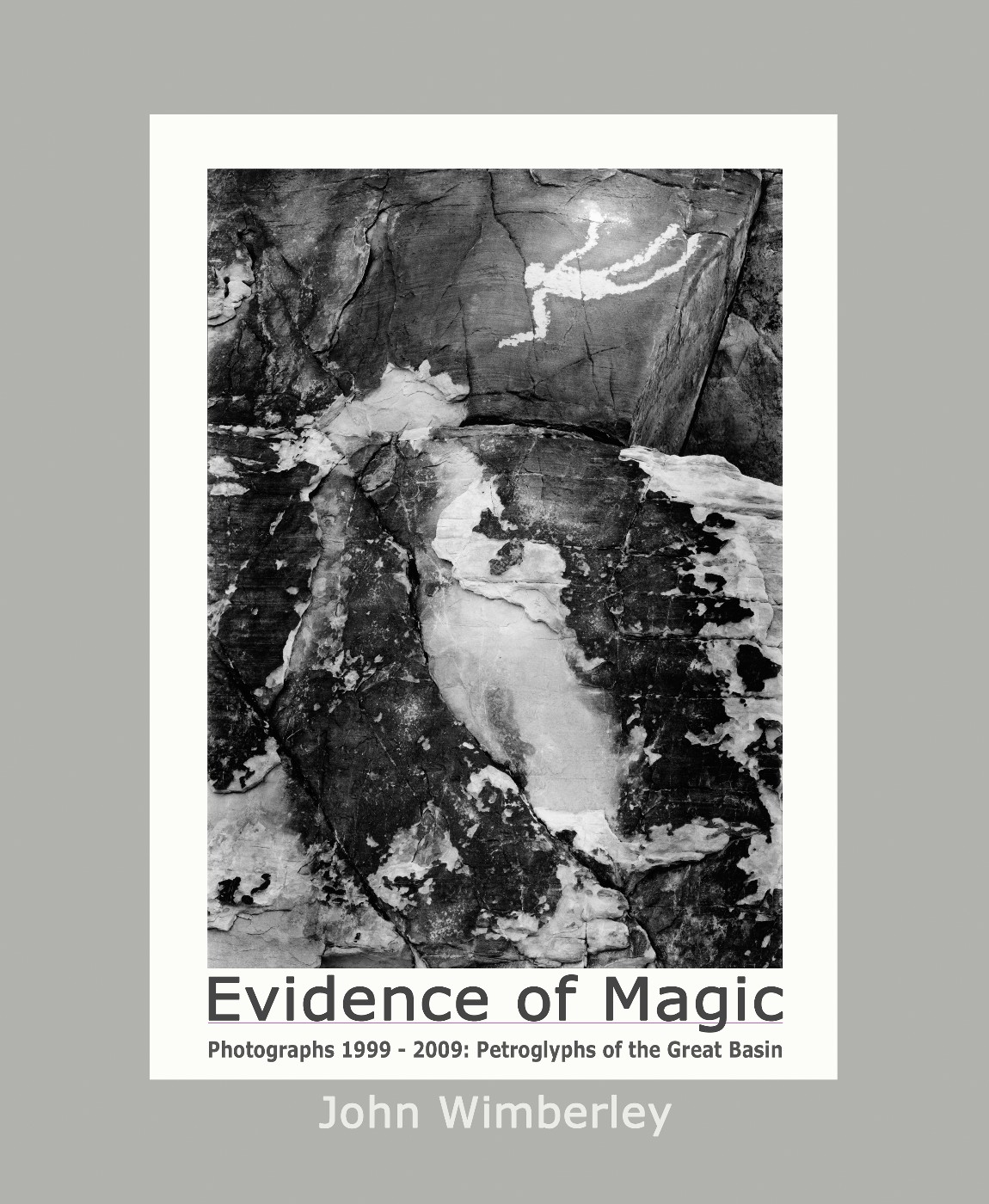 The American Great Basin consists of almost the entire state of Nevada along with portions of adjacent states. Throughout this vast region are found beautiful rock engravings known as petroglyphs. They are records of the prayers, dreams and visions of ancient Native Americans. From 1999 through 2008, John Wimberley searched for and photographed these precious human and cultural artifacts. Newly redesigned and printed on premium paper, Evidence of Magic now contains 63 superb reproductions, a map of the Great Basin showing regions photographed and an author's preface. Publication is limited to a single edition of 500 numbered and autographed copies. Hardcover with dust jacket, 8" x 10", 80 pages. Design by John Wimberley.

"It has been a very long time since a collection of images has affected me so. You are delving into another type of medium, neither photography nor rock art, but something more akin to shamanism or shamanic art. The images and voices that you have conjured from the distant and remote past are here to heal us." 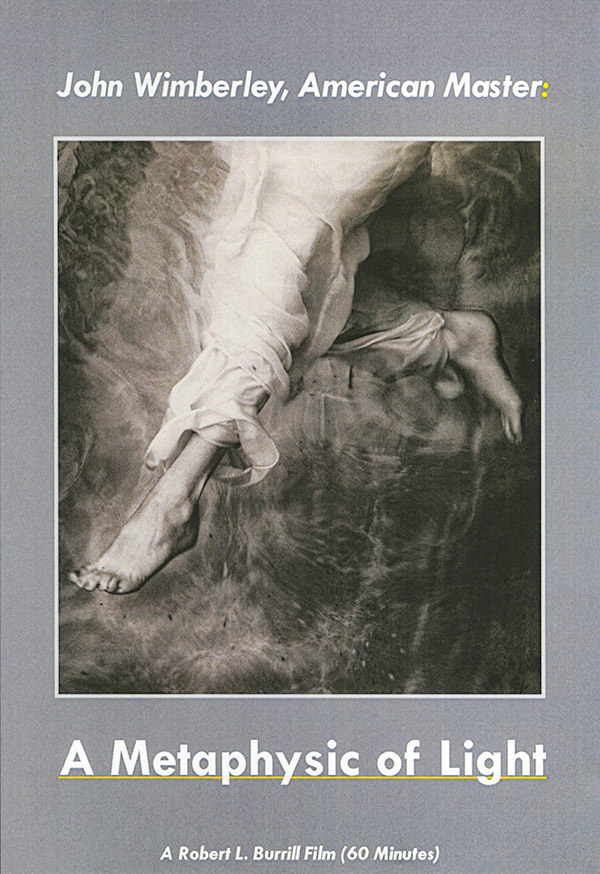 When John Wimberley purchased his first camera in 1966... he became an instant photographic prodigy. By 1973 he was already recognized as a master black & white printer. Now as he approaches his 55th year in photography, John Wimberley has been acclaimed as "America's preeminent living landscape photographer." John has amassed an imposing body of work that explores the intimate yet complex relationship between the physical and spiritual realms.